In partnership with MUSIC CONNECTS, a German non-profit organisation, Brass for Africa is delivering a LAB UGANDA and Community Music Programme to one of the world’s largest refugee settlements - Bidibidi, which is based in Yumbe, Northern Uganda. Bidibidi is home to over 240,000 refugees, many of whom have fled the civil war in South Sudan. Women and children make up approximately 86% of the population and the vast majority are out of work (UN). The LAB UGANDA “mobile truck” is fully equipped with a fold-down stage, a recording studio, WiFi and a cinema. Using the truck, Music Education and Life-Skills Training sessions are being delivered twice a week to residents in Zones 1 and 3 within the Refugee Settlement. Residents living in Zone 2 also have full access to the LAB’s equipment and WiFi.

Alongside the programme delivery within the settlement, an outreach also operates for the Yumbe host community. Twice a week, children and youth from the local area surrounding the Brass for Africa Centre also have access to the LAB and the Music & Life-Skills Sessions.

Brass for Africa is now an official partner in Uganda’s refugee response and the LAB UGANDA Community Music Programme is being rolled out with the full support of the UNHCR and the German Foreign Office. 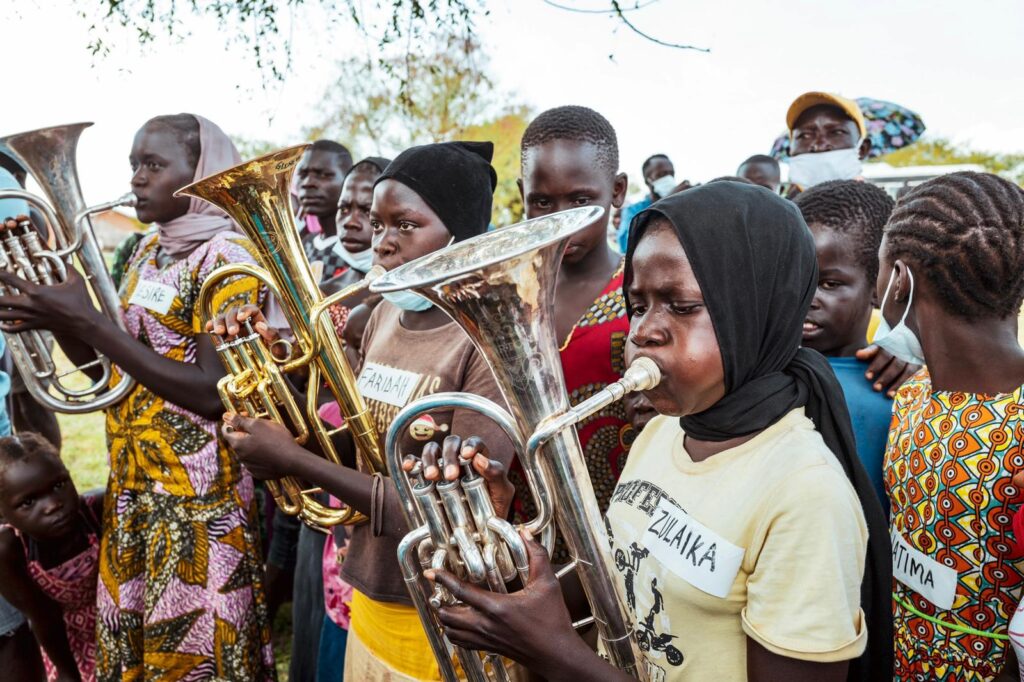 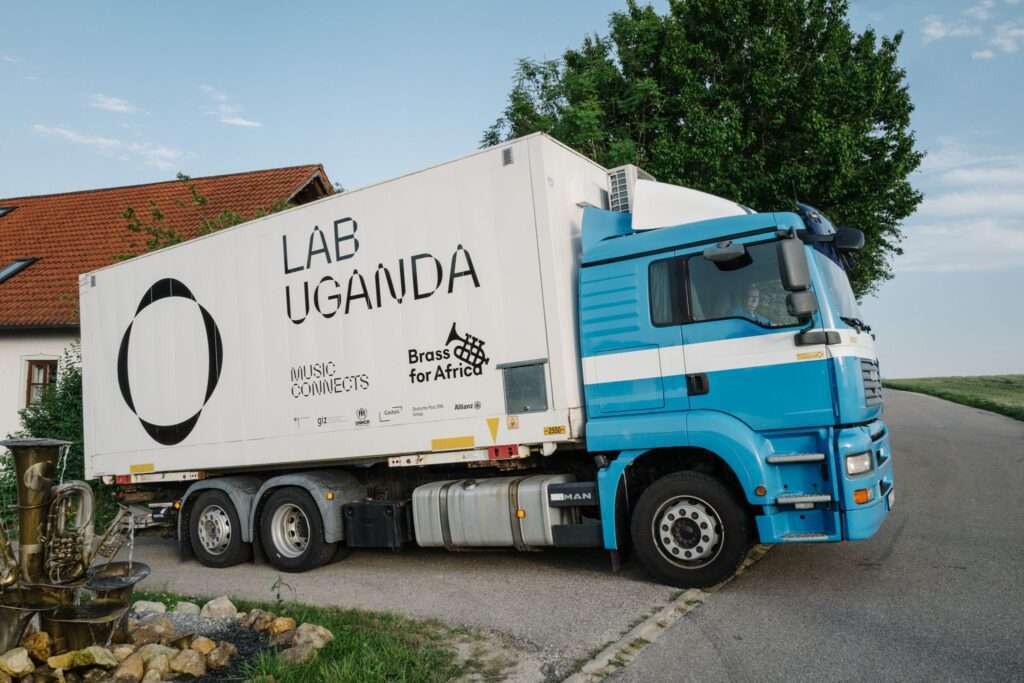 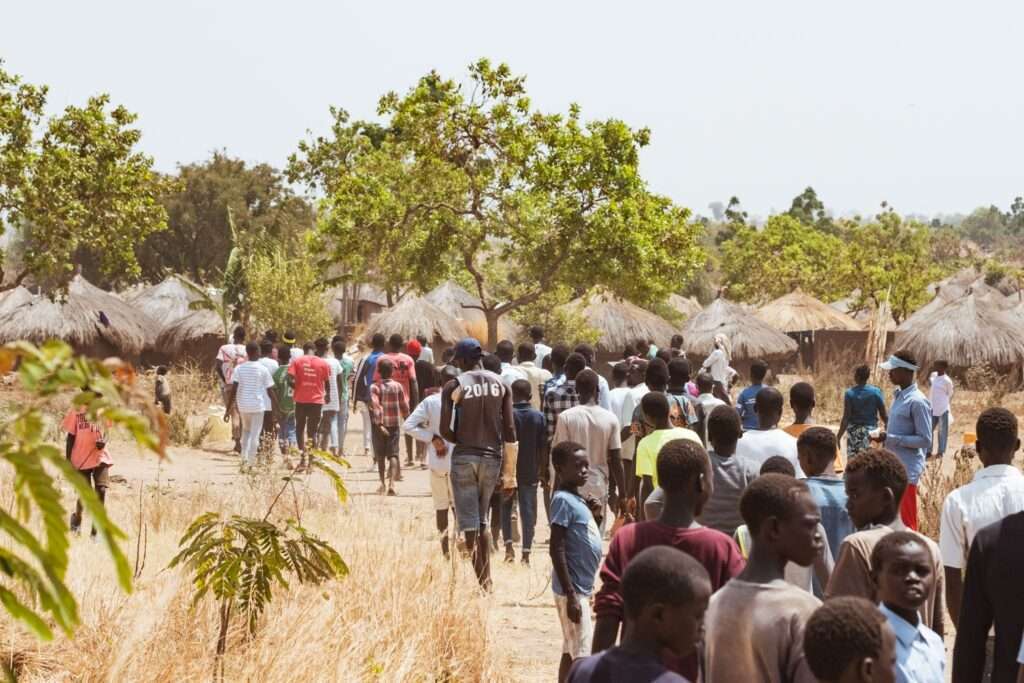 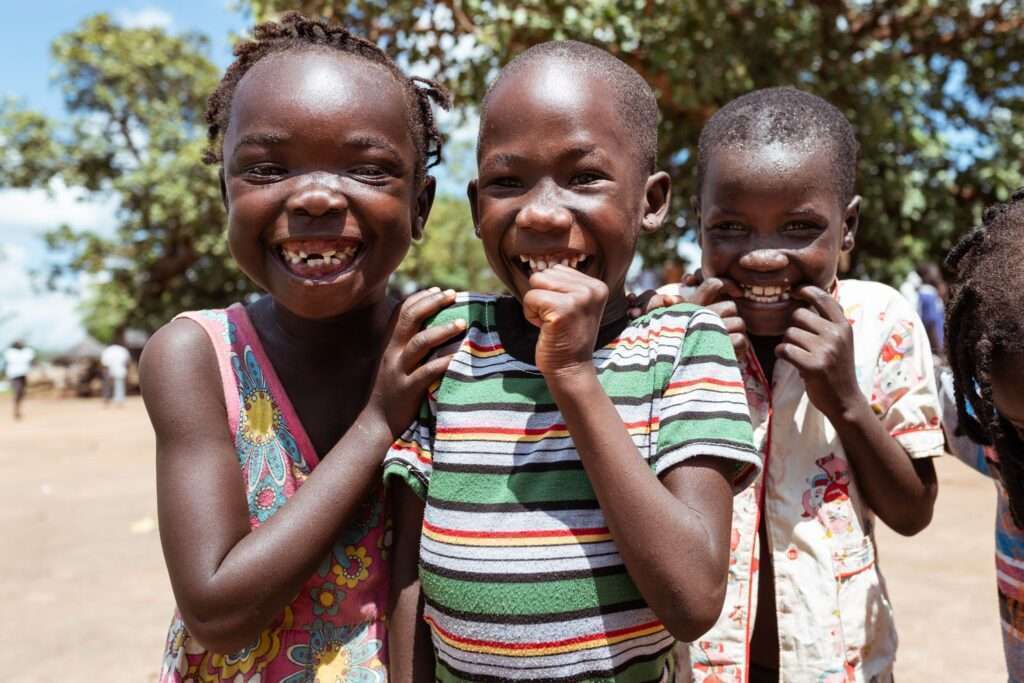 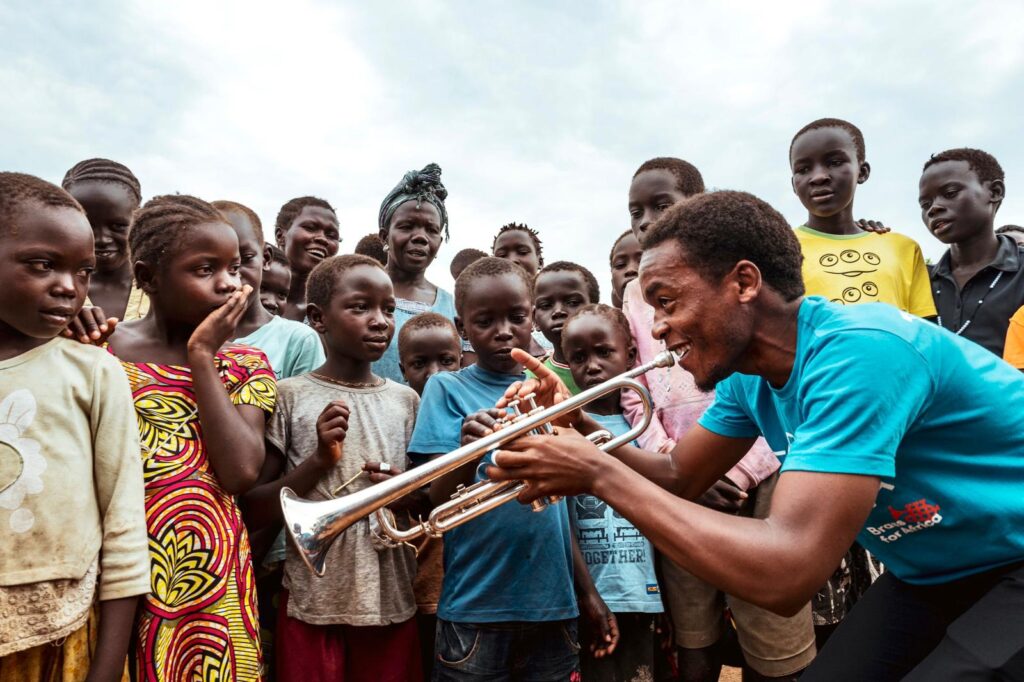 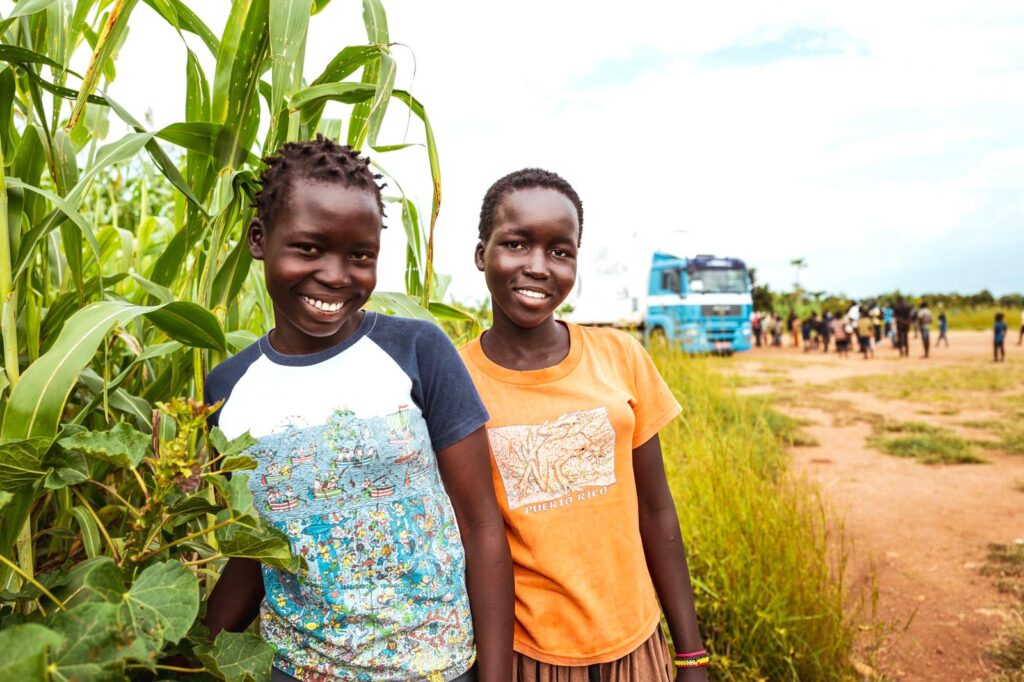 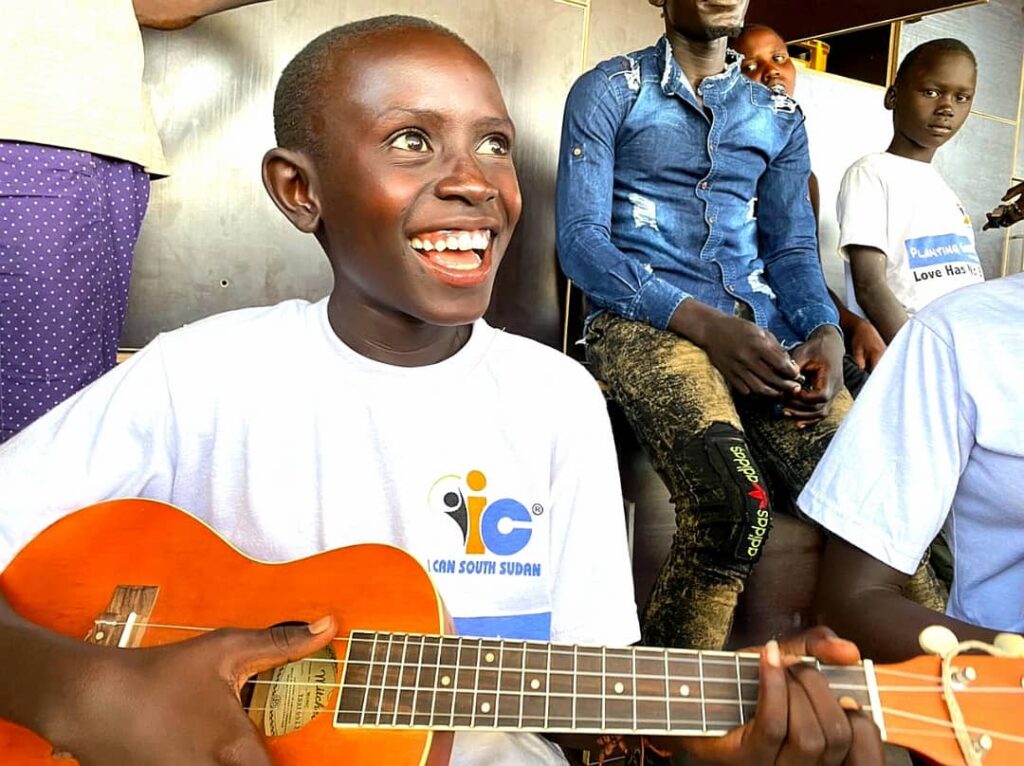 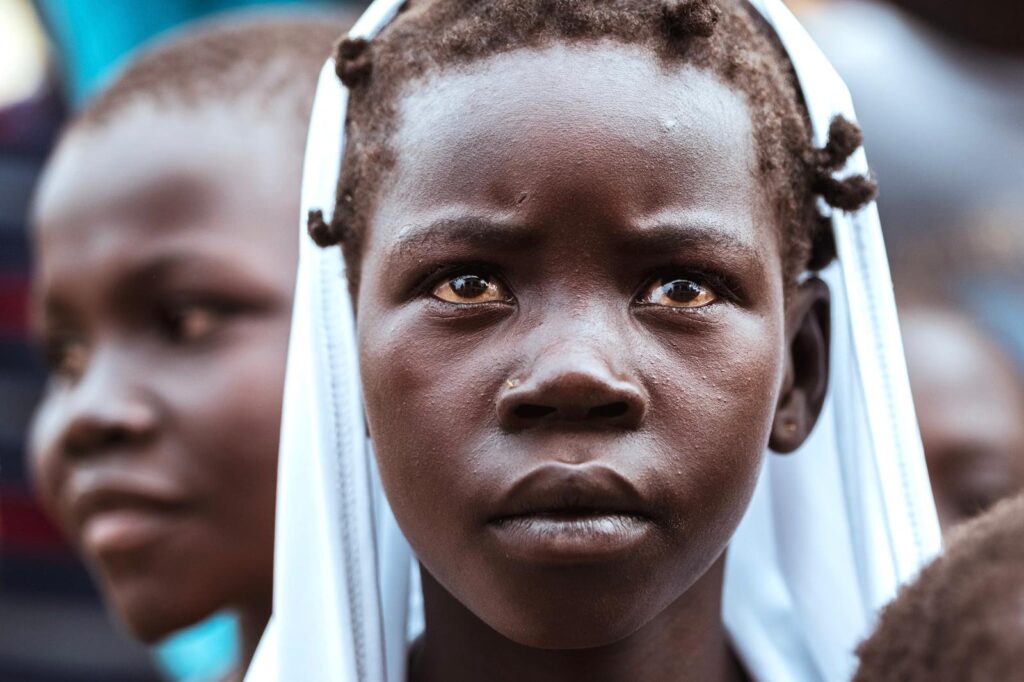 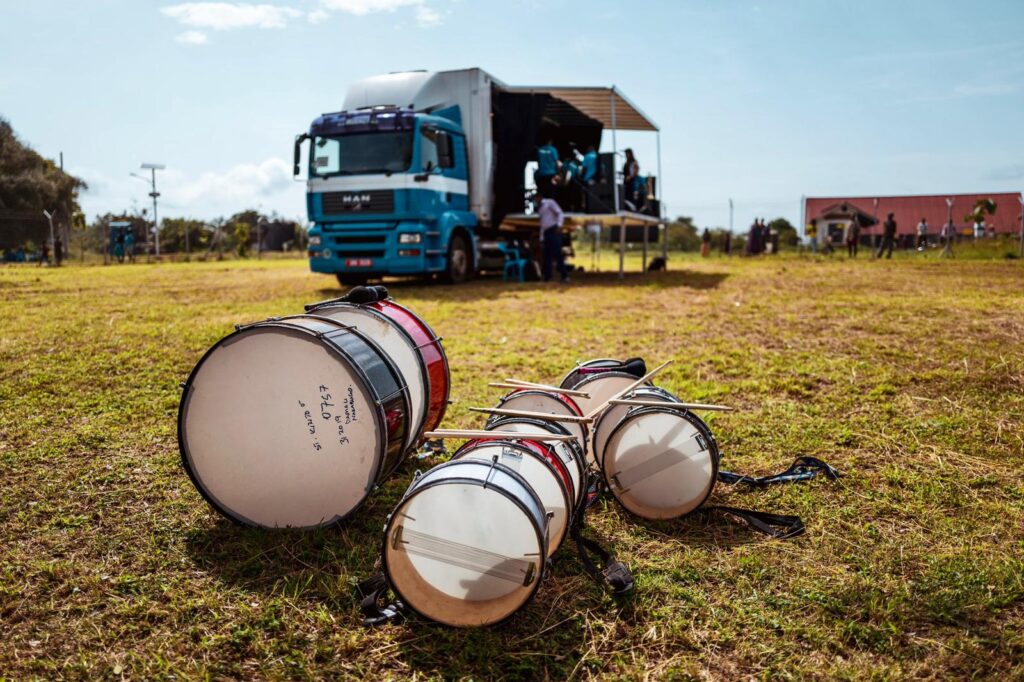 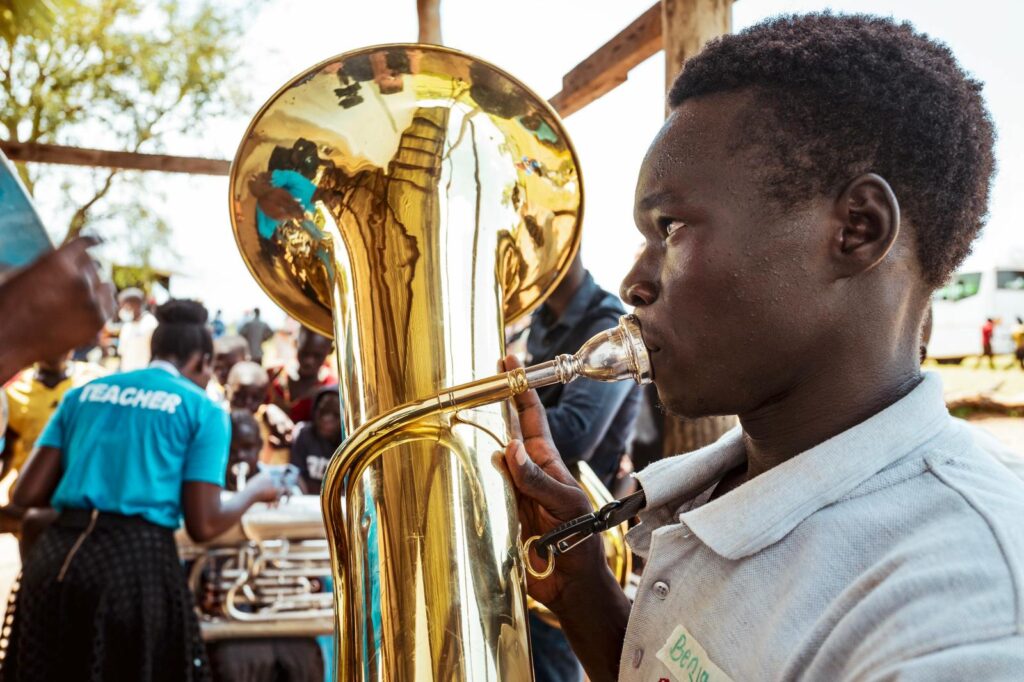 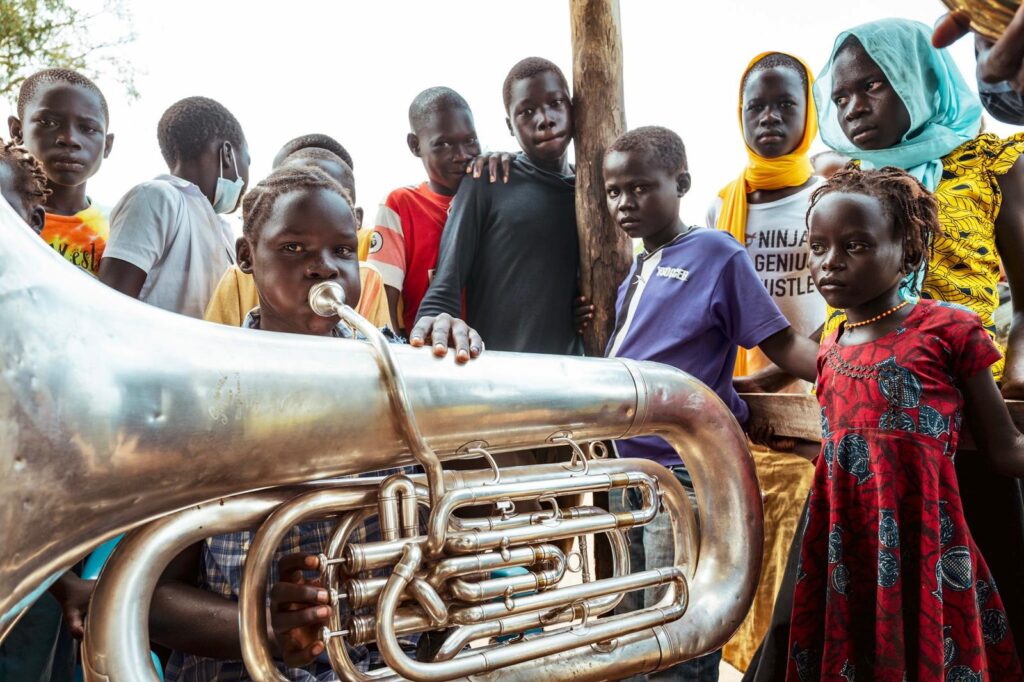 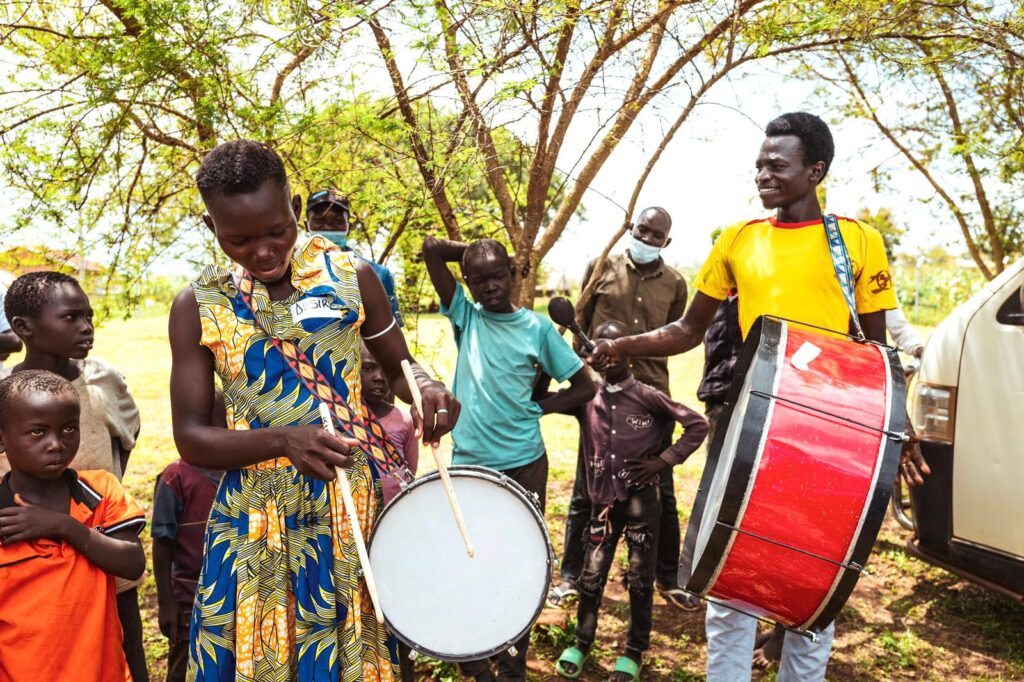